hello world!
What Makes Us Resilient? 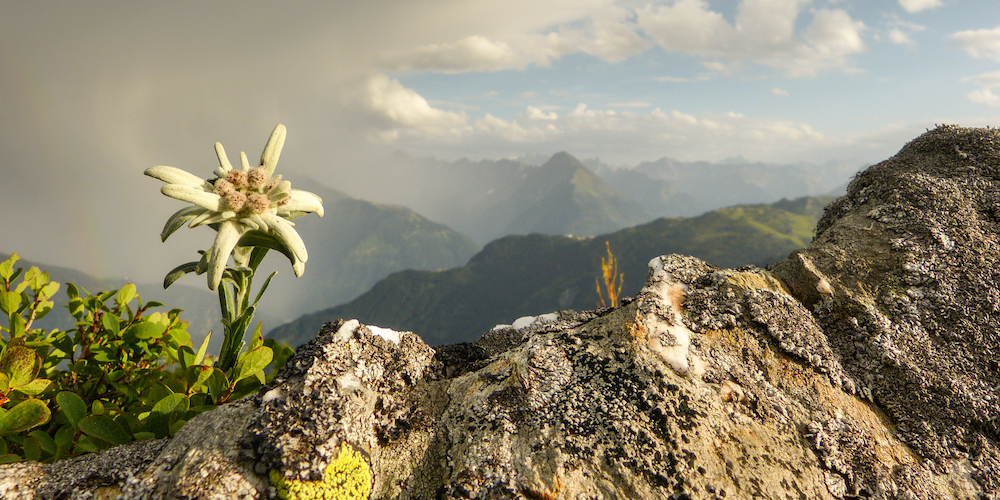 Eddy is a nine-year-old boy with an alcoholic mother and an absent father. Each day, he arrives at school with the exact same sandwich: two slices of bread with nothing in between. At home, there is no other food available, and no one to make any. Even so, Eddy makes sure that “no one would feel pity for him, and no one would know the ineptitude of his mother.” So, each day, without fail, he walks into the classroom with a smile on his face and a “bread sandwich” tucked into his bag.[1]

In business, stress-factors take a different form than what Eddy faced. Supply chain shocks, huge swings in demand, product recalls, cyber-attacks – or of course the current pandemic. These are all examples of testing our collective resilience.

Resilience is our ability to protect ourselves from the potential negative effects of stress factors. Succeeding, even excelling, despite incredibly difficult circumstances, is what real resilience is all about. But as most of us know, this is much easier said than done. Very few people and perhaps even fewer companies truly master it.

“Do not judge me by my success,

judge me by how many times I fell down

and got back up again.”

Resilience isn’t built over-night. On a personal level, our upbringing, our environment, experiences (both good and bad) and even DNA all play a role, organizational resilience is easier to architect. So, what does make us (more) resilient?

A common view is that resilience and optimism go hand-in-hand, as in “positive people are just more resilient”. But it’s not that simple. In his work on Good to Great, Jim Collins asked Admiral Jim Stockdale, who was held prisoner and tortured by the Vietcong for eight years, ‘Who didn’t make it out of the camps?’ - ‘Oh, that’s easy’, replied Stockdale. ‘It was the optimists. They were the ones who said we were going to be out by Christmas. And then they said we’d be out by Easter and then out by Fourth of July and out by Thanksgiving, and then it was Christmas again.’ Then Stockdale turned to Collins and said, ‘You know, I think they all died of broken hearts.”[2]

It’s not to say that being optimistic has no place, by far not. But eternal optimism and denial of reality are easy options and represent dangerous coping mechanisms when faced with adversity. It’s actually much harder if not outright painful to stare in the cold face of reality.  We need to assess our options with a pragmatic view of those parts of reality that matter for survival. We don’t run our businesses on the back of hope either, and in the context of strengthening our organizational resilience, a down-to-earth sense of reality outweighs by far the option of ‘just being positive’.

After a former Uber employee wrote a public post about sexual harassment and discrimination, she experienced during her time there, the headline for an article in The New York Times called the Uber company culture “aggressive and unrestrained.”[3] Amongst the 14 (!) values Uber had defined pre-crisis, none described what good behaviour is. Post-crisis, the new CEO posted that “the culture and approach that got Uber where it is today is not what will get us to the next level”, along with a new value system, now including “We do the right thing. Period.” Rightly so, brands and businesses are increasingly held accountable by who they say they are, which tends to show more in times of stress.

Finding and seeing meaning in what we do is critical to our success. Our very inner-why, our raison d’être or in other words our Purpose, articulates why we exist in the first place. It acts as both the spiritual source of energy and the north-star that provides orientation – especially in times of distress. Around this gravitational core, a set of values continuously help us shape who we are and consequently influence how we behave as individuals and organisations.

Purpose and value systems are at the very heart of genuine resilience. Successful, resilient companies hold and celebrate their value-systems almost religiously. These change very little over time and serve as protection in times of trouble. A deeply embedded belief-system is able to help you weather tough times and act as true connective tissue that also holds when it’s stretched.

When there is a storm and you stand in front of a tree,

if you look at its branches, you swear it will fall...

But if you watch the trunk, you will see its stability.”

Quote from The Revenant

Have a Plan. Stay Inventive and Agile

Elon Musk lost $180M and was in debt in 2008. Twelve years later, he's worth $45 billion. Steve Jobs lost his entire Apple fortune by 1994, betting it on NeXT and Pixar. In 1995 he sold NeXT to Apple, Pixar to Disney and gave away an icon. Walt Disney mortgaged away his entire fortune in the 1950s to build Disneyland, against everyone's advice. He too went from giving up everything to becoming a legend. These are all examples of entrepreneurs staring at adversity with coolness, being clear on who they are, why they were there – and the ability to re-frame their perspective with the agility to pivot.

Being resilient is also about being able to bounce back quickly after a hit. As rigid as clarity of Purpose and an inner value system should be, as prepared, flexible and nimble should be an organization’s ecosystem in order to  adapt to the changing nature of the context it operates in.

Whilst we can’t plan for resilience, it can be economically optimized. For instance, by de-leveraging, aiming for less debt means less stress when the wind rises. Or by decentralizing operations and investing in technology are other ways of building an organization that can work in a nimble and agile way – even when people have to switch to remote work.

For organizations, this translates into being prepared as well as developing a set of abilities (and people) who are good at making do with what they have. Inventing in the face of adversity however is no easy feat. It requires reframing our mindset to see possibilities and opportunities, and the guts to act on these with a can-do attitude.

Making your company more resilient is not just good practice and a hedge for protection during tough times, but if done consciously it is a good way to maximize your chances for strong(er) bounce-backs. As Reeves and Whitaker concluded in their recent Harvard Business Review article: “Resilience represents not just an opportunity to mitigate risk but also an opportunity to create value and competitive advantage.”[4] 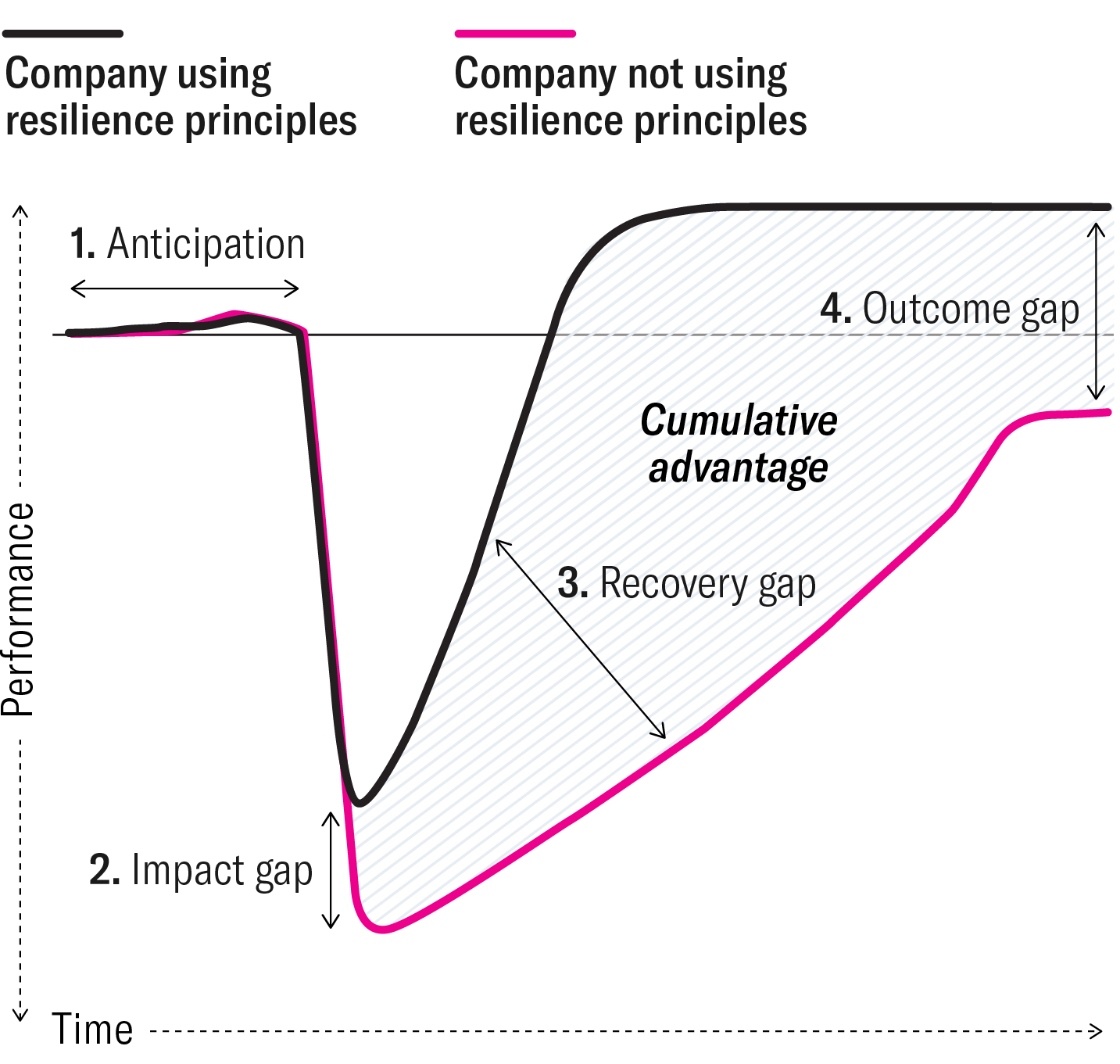 Not all of us are as resilient as Eddy or Elon Musk. But there is plenty we can reflect on and do to become better at it. So, here are three questions to help you challenge how resilient you already are and where to look for improvement:

But even the most thoughtful preparation and training for resilience will never be complete. Resilience is a multi-faceted beast, influenced by more than what we as individuals and organizations either grasp nor fully control. But what we can do is reflect consciously on it and be the richer, more prepared – and hopefully more resilient – for it.

[1] Story based on research undertaken by Norman Garmezy, Emeritus Professor of Psychology at the University of Minnesota and largely credited with the study of resilience.
[2] Taken from How Resilience Works, by Diane Couto, HBR May 2002, https://hbr.org/2002/05/how-resilience-works
[3] Source https://qz.com/work/1123038/uber-has-replaced-travis-kalanicks-values-with-eight-new-cultural-norms/
[4] Whitaker, Martin Reeves and Kevin. “A Guide to Building a More Resilient Business.” Harvard Business Review, 2 July 2020, https://hbr.org/2020/07/a-guide-to-building-a-more-resilient-business?ab=hero-main-text

GO TO THE ARTICLE

Show all
Related articles
thinking
Digital PR for SMEs
thinking
Employer Branding: The Key to Winning the War for Talent.
thinking
The impact of individual actions on reputation
thinking
The Purpose E-Book by Markus Kramer
1 2 3 … 12 Next »
Subscribe
to our Newsletter