The Future will remain emotional

When will we finally let go of the steering wheel in the future? Markus Kramer embarks on a emotional journey through time.

Insights on core branding principles with broad applicability for any marketer, communications professional and business leader – from our Partner Markus Kramer. Views are subjective and our own. March 3th 2017. © Brand Affairs AG.

When will we finally let go of the steering wheel? When will the first drone cars take off ? Markus Kramer was invited to contribute to this years Geneva Car Show Edition of GIMS and embarks on a fictional journey through time. 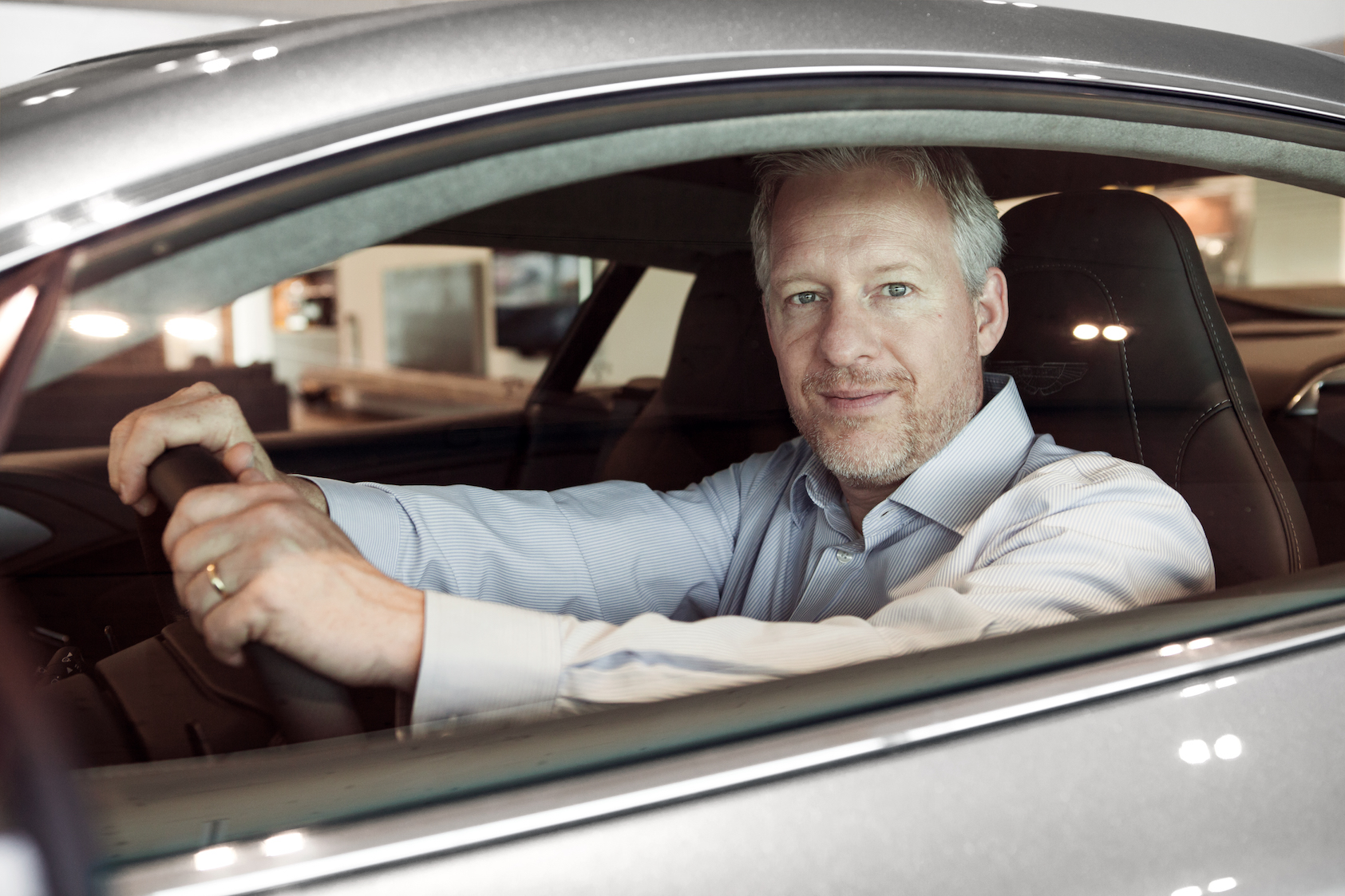 My son is celebrating his 14th birthday this weekend. The weather is beautiful, the sun is shining down on the glistening tarmac – and I have just treated myself to a Ferrari 207 MM Barchetta! A true homage to the early days of the brand with the prancing horse logo. OK, so this Barchetta has more than the original 166 hp under its bonnet – but it still has a V12 engine. The object of my desire is turbocharged, sounds great and looks even better. There’s no doubt about it, Ferrari is still Ferrari, even if nowadays, the power of almost 900 hp can be switched over to electricity conveniently via app when travelling in urban traffic. The electric drive sys- tem is quite sufficient. A Ferrari with an electric engine? That would have been unthinkable a few years ago.

However, it’s impossible to get any real pleasure from driving in the city center these days, despite all the technological improvements made to mid-range cars. There are no cars without drivers on the Swiss roads just yet. Although it may only be a matter of years until we are officially allowed to switch on the «auto-pilot» around here. The technology already works very well; we are simply waiting for permission to use it – I even got fined recently for trying it out in my company car. But to be honest, the car is a better driver than I am – and I can make productive use of my time while it takes over. At last, no more distractions when I’m trying to send a message via WhatsApp on the journey to work!

Of course, the police understand the situation perfectly – but it still cost me 120 francs. In Sweden, more than 20 percent of the population no longer drive themselves: the joint venture established between Volvo and Uber in 2016 has been a great success. Security is now less and less about attaching your seatbelt. Clever, fully networked and hence passive security is much more effective. Almost 30 percent of accidents are prevented before they can even occur.

And I finally have my own Barchetta. At least, I will do for the next four days. Because if I’m really honest about it, it doesn’t actually belong to me. I rented it from Car E&D, virtually for free. Not from a dealer, but from a company owner who is spending the weekend abroad. Five years ago, things like holidays, hotels, accommodation and a variety of other products were already being made available to others or even exchanged. Of course Airbnb still exists, as do Ebay and Ricardo. But renting exclusive cars is now no longer a problem, and works very well. Pure enjoyment, without having to worry about insurance, running costs and, of course, taxes.

We set off. Me and my son, driving over the Klausen Pass towards Central Switzerland. There’s no point in going too fast – we are monitored constantly; that’s already a built in standard feature. I can understand why, particularly with regard to the real owner of the Barchetta. It’s all about radical transparency. But the acceleration out of the bends is unbelievable. The hybrid gets the balance just right and provides full power even with low engine speeds. The top is down, of course, and it would be impossible to put a price on the expression on my son’s face.

A quick coffee to start the day. At least nothing has changed there. My iCar is already waiting: warmed up and ready to take me to work. The first call comes in after 5 minutes. And within a millisecond, the windscreen has turned into a high-contrast HD display. Joline, my assistant, and a customer in Sydney, appear on it. I make good use of the 30-minute drive to work for this unscheduled video call. To make up for it, I watch an episode of Friends on the way home that evening – I think it’s from 1995, but it’s still every bit as good. And if I don’t hide the adverts, I even get paid for watching. Yes, Google does still exist.

There is a lot less traffic on the roads since autonomous driving became possible thanks to the solutions found by private insurance companies and new legislation. I haven’t driven a vehicle myself since 2025. Autonomous vehicles are efficient and cost less to drive. In fact, I couldn’t drive my iCar even if I wanted to – it doesn’t have a steering wheel. There are only a few stragglers who still drive their own vehicles. I suspect that it has something to do with preserving their ego. Of course nobody ever said that autonomous driving would become normal overnight. The barrier has long been human rather than technological.

Doesn’t time fly: Rafael turned 24 at the beginning of the summer. He has only ever experienced «driving yourself» for the fun factor, not least thanks to me. He has bought himself a new BMW xAI – not from a dealer, but via VR (Virtual Reality) conveniently from home. Which reminds me, the initials AI in the name of the new BMW model stand for «Artificial Intelligence». And the car even delivered itself – it drove right up to our house and phoned us.

It’s an amazing vehicle. A fuel cell provides the energy needed by the electric drive system. Of course, the engine power of 180 hp is largely sufficient for its autonomy of almost 1500 kilometers. The thing I like best is the «all off » button – once you have pressed it, the system warns you that the insurance will be adjusted dynamically and increased by 50 percent, but the fun factor is exponentially high. For 100 francs a day, you can rapidly rent an additional 360 hp and almost 400 Nm via software tuning. Of course, it all has to be treated with caution, and fortunately it’s not something you can afford to do every day.

Today is my 77th birthday. Having said that, I am still relatively young, now that the average life expectancy has reached 104. When I need to get from A to B, I order an Xter via voice control – with up to seven seats, the autonomous vehicle is available whenever you need it, even in my little village. It usually arrives within five minutes, and I get in alongside two or three other (real) people. That makes a welcome change from an otherwise totally virtual and networked world. The energy storage problem has been almost fully resolved. The new fuel cells are safe, lightweight and small – and provide cars with an almost unlimited supply of energy.

To mark the occasion, I applied for special authorization from the road traffic authorities: I am driving an Aston Martin DB5 – the genuine James Bond Goldfinger car from the 1960s that delivers 286 hp – over the Gotthard Pass into Ticino. My son Rafael and my grandson Luca are with me. Luca was born in 2043. A seven-year-old bundle of energy with a mop of blond hair, who has never been in a car with a manual gear stick and that actually needs a driver. It’s not surprising: the first commercially available, self-driving and self-driving multi-functional car drones – known as Vtools – will mark his generation.

The three of us rumble along the old Tremola road towards Airolo. With the windows down, the wind is whistling through all the cracks and the 4-litre petrol engine revs on every turn – the joy of driving is written on our faces. It still feels good, even in the year 2050. In 30 years’ time, hopefully Rafael will bring Luca and his children for another drive through Ticino in a DB5 – probably without me, although definitely with a big smile on their faces. The emotions and passion of automobiles will simply never be lost.

Share on TwitterShare on FacebookShare on LinkedinShare on Xing